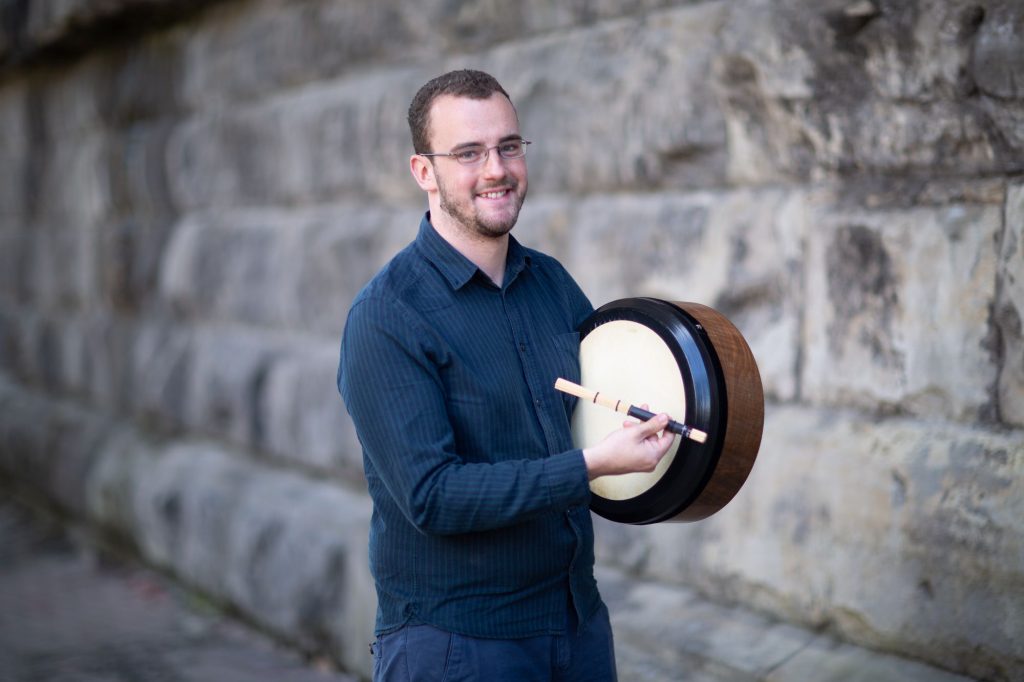 Felix Morgenstern completed undergraduate and postgraduate degrees in Irish traditional music performance and ethnomusicology at the Irish World Academy of Music and Dance. During his time on the B.A. Irish Music and Dance (2012–2016), he studied percussion under Jim Higgins and worked with other celebrated bodhrán players such as Colm Phelan, Junior Davey, Eamon Murray, Martin O’Neill and John Joe Kelly. Since graduating from this programme, Felix has toured extensively with Irish dance-show productions such as Rhythm of the Dance, performing in concert venues across Europe, Russia and China. Having delivered workshops at the University of Limerick’s Blas International Summer School of Irish Traditional Music and Dance (2021) and the 2019 Spanish Peaks International Celtic Music Festival in Colorado, USA, Felix is also a former member of the Irish traditional band The Conifers. The group were winners of the 2018 Michigan Irish Music Initiative Competition and toured the USA and Europe between 2018 and 2020. As well as releasing a self-titled studio album with The Conifers in 2019, Felix has recorded as a guest musician on other Irish traditional albums, such as pianist Deirdre Millane’s ‘Idir Dubh Agus Bán’ (2019).