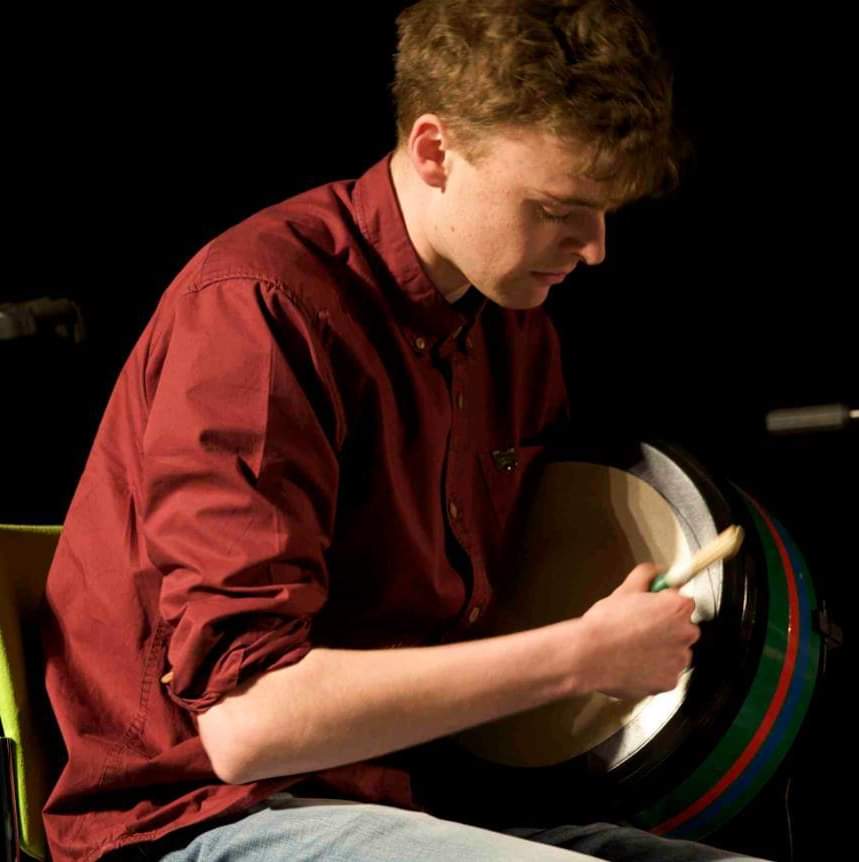 Dale Mckay hails from Portlaoise Co.Laois and has been playing music from an early age .

From the age 10 Dale began his musical life playing drum kit in many rock/punk groups throughout Laois.

When he was 14 he discovered the bodhrán and soon fell in love with Irish music.

Dale began to attended weekly classes with Colm Phelan from the band Giotse and soon began making his way to bodhrán worshops and summer schools where he developed his own approach to the drum.

He is always striving to be unique and creative and fresh with his bodhrán playing.

Darren Roche from Moxie says “When Dale performs, you pay attention; his ideas are brilliant, unique and need to be heard”.

Dale has played in many bands over the years but his most recent project was Speirling, a contemporary Irish traditional band.

He has also begun to tour with Celtic Legends and also often plays percussion for various projects in Ireland.

A new group which he has formed is sticks and boots; this is a very contemporary group where the bodhrán and an Irish dancer discover the creative space between the two.

Dale has also played in many fleadhs over the years and in 2014 he won the Senior Bodhrán from this he has gone on to teach at summer schools such as Scoil Acla and has many comhaltas classes both on bodhrán and guitar.

Dale has also recently bought a hang drum which has never been player to Irish music before.

Fugazi, Dale’s new exciting band will be one of the first to have hang drum along with traditional Irish music.

Dale now studies Irish Music and Dance in the University of Limerick where he know hopes to pursue his musical career by being different and himself with his playing!