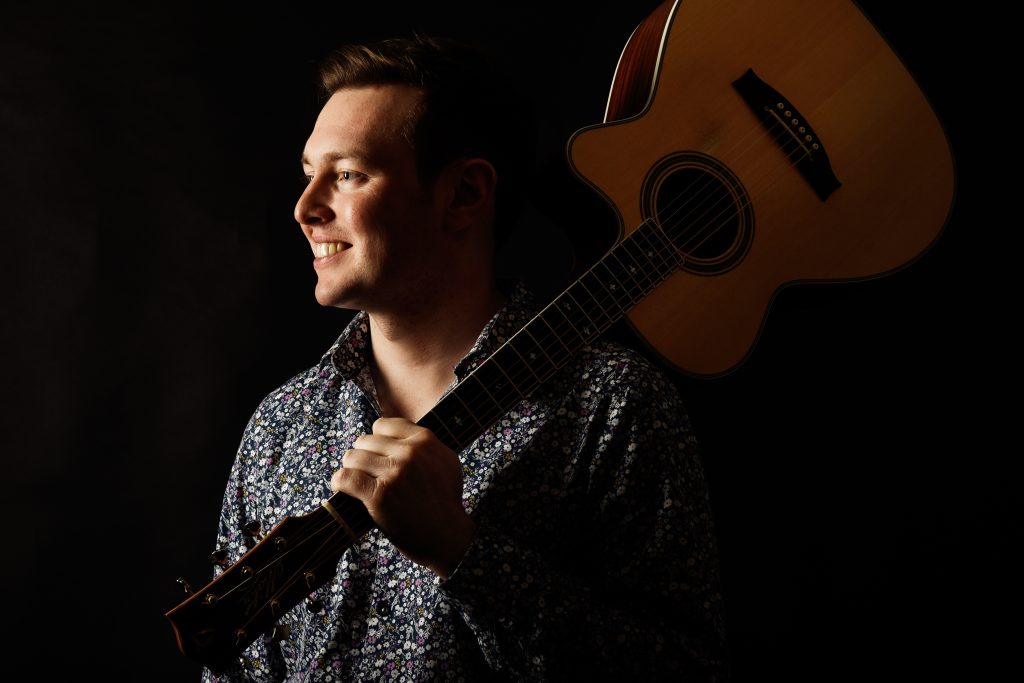 Described by legendary guitarist and mentor Tommy Emmanuel as “a brilliant entertainer and an amazing
musician who transcends the guitar the same way Muhammed Ali transcended boxing”, Shane has
developed an unmistakably unique voice as a fingerstyle guitarist, blending his native Irish music with
elements of jazz, country, blues, funk, classical, soul, world, and hip-hop, both vocally and instrumentally.
His live shows are known for their energy and variety – anything from Bach to Beyoncé! Irish Music Magazine
have called him “one of the most exciting live performers of his generation”, and attest to his “virtuosity
and compositional excellence” (April 2020 edition).
In 2019, Shane was a firm favourite on the festival scene in the United States, appearing at prestigious roots
festivals such as MerleFest, Appaloosa, and the Philadelphia Folk Fest, as well as numerous Irish and Celtic
Festivals including Milwaukee Irish Fest, Kansas City Irish Fest, Irish Fest Chicago, Michigan Irish Music Fest,
Music City Irish Fest (Nashville, TN), and many more.
Shane has released four albums of original music – Zephyrus (2015), and Marrakech (2017), and most recently
Rain Dance (2020), and Idircheol (2020). In 2017 he sold out a solo show in Ireland’s National Concert Hall for
the release of Marrakech. In 2020 he released Rain Dance on a livestream supported by Culture Ireland’s
#IrelandPerforms initiative which garnered an enormous worldwide audience of 120,000 viewers. He also
received funding from The Arts Council of Ireland to produce Idircheol – an album of solo guitar music that
combines Irish traditional influences with his unique fingerstyle guitar approach, music from which featured
in the 2020 TG4 Television production ‘Samhlú’. In 2018, Shane performed as the lead guitarist in a six-piece
ensemble for the world première of ‘Educo’ by Riverdance composer and Grammy-winner Bill Whelan.
Shane is also a MusicNotes.com Signature Artist, and is an official educator and course creator with the
TrueFire teaching platform. To date in 2021, Shane has featured on the Temple Bar TradFest and FleadhFest
broadcasts in Ireland, and was named 2021 Male Musician Of The Year Award by the ALSR (American
Listener-Supported Radio). Shane returned to live performance from September 2021, and is currently
working on new music to be released in 2022.
“There was part of me that didn’t really believe that he could do what he does on one guitar until he came
into the studio, sat down in front of me, and played. I thought there had to be loops, or extra tracks, or
recording tricks, and there was none of that – my jaw dropped! What a talent!” – Marty Whelan, RTÉ Lyric FM