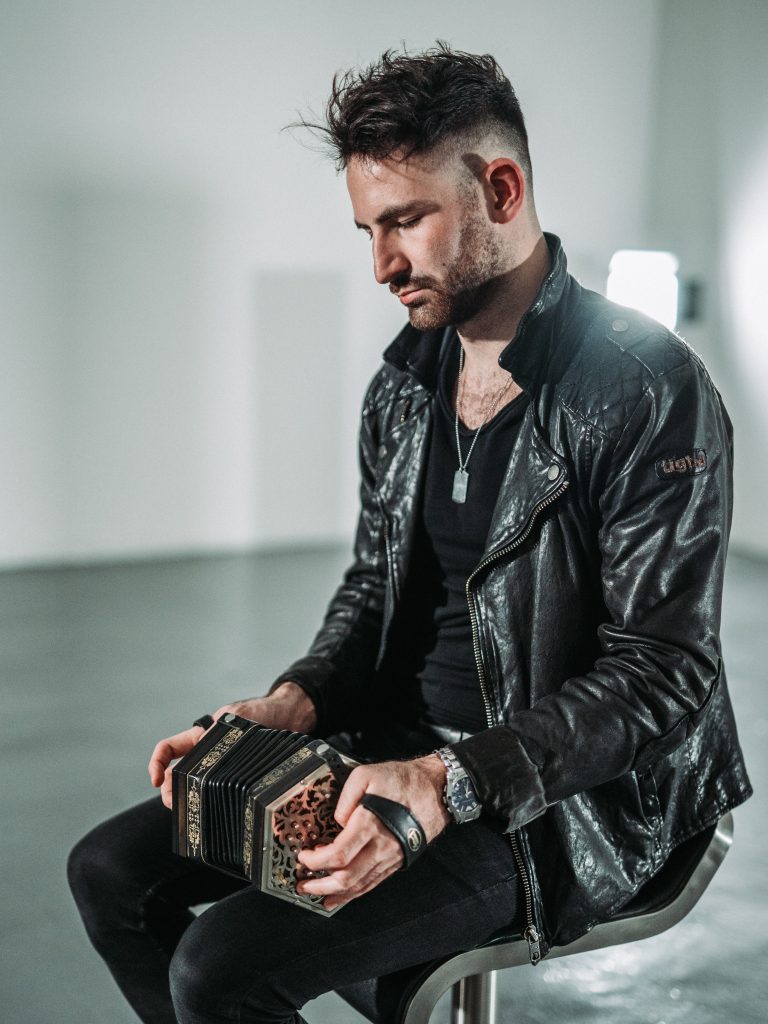 BBC Radio 2 ‘Musician of the Year’ Mohsen Amini from Glasgow, Scotland is one of the fastest growing names in the traditional world.

Boasted by the Herald as a “Virtuoso” and the BBC Scotland as a “Force of Nature” he’s a leading voice on the music scene today.

In 2014 he co-founded multi-award winning trio, Talisk, who after only a few months of formation won a BBC Radio 2 Folk Award.

Their debut album Abyss was shortlisted at the 2016 MG Alba Trad Awards as Album of the Year, the same awards where they were crowned Folk Band Of The Year in 2017.

Their second studio album “Beyond” was released in 2018 and picked up multiple 5* reviews and was named a top of the world album by Songlines. Shortly after the band won the Belhaven Bursary Award with a cash prize of £25,000 matched only by the Mercury Award.

Mohsen also founded acclaimed supergroup Ímar at the start of 2016.

They, in the space of two years managed to go viral with videos excessing 1 million views. This provided a great platform to launch their award nominated album Afterlight ( ***** Irish Post) and even managed to have them nominated as “Live Act of the Year” which was shortly followed by them being awarded the 2018 Horizon Award at the BBC Radio 2 Folk Awards.

2018 brought our Avalanche which went straight to Number 1 on the iTunes world music chart and gained nation wide media praise. Alongside launching Ímar in 2016, Mohsen was crowned the BBC Radio Scotland Young Traditional Musician of the Year.

With this in hand he’s performed in all around the world and appeared regularly on a variety of BBC shows such as, Radio Scotland, Radio 2, Music day with Bryan Burnett and BBC Alba.